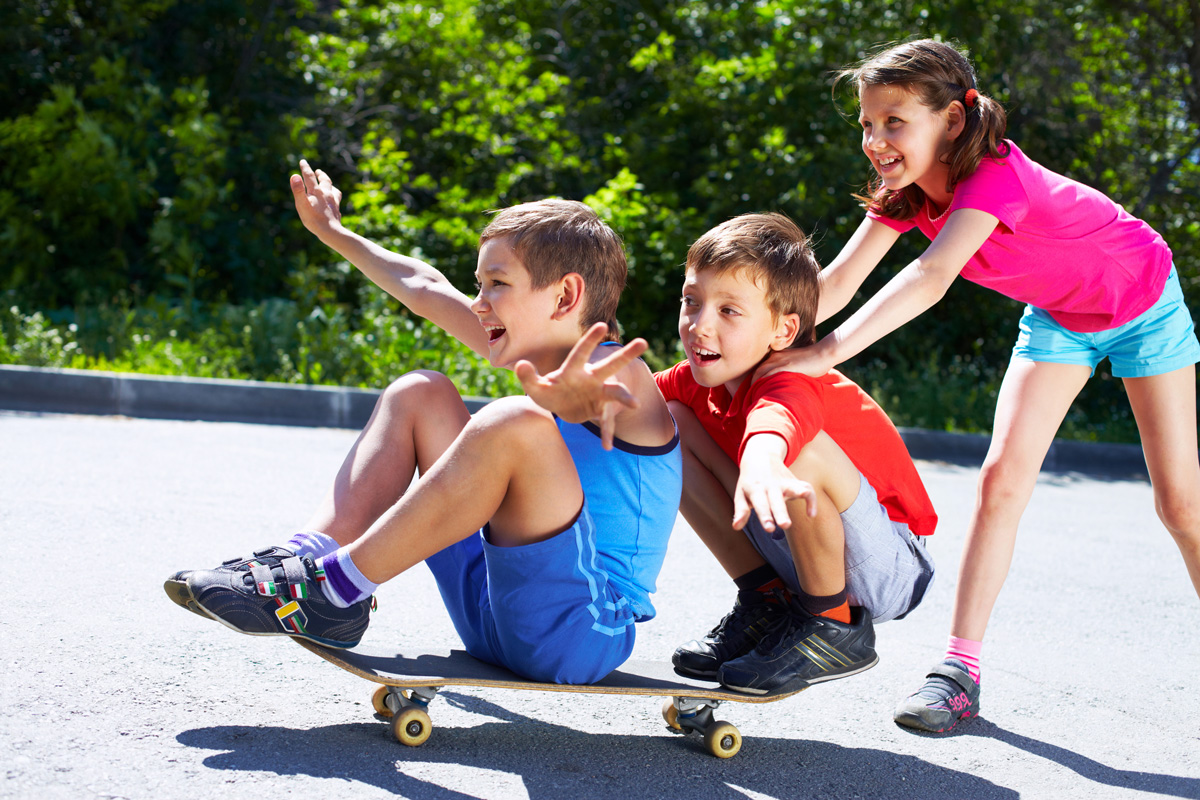 Too much PLAY – not enough Talk Talk Talk?

I’m a hands-on Paediatric therapist and Mum. I work every day in a clinic with children who are vulnerable both developmentally and socially.

I don’t have a huge Social Media presence and I’m not a celebrity like Maggie Dent.

But I definitely 100% have an opinion about the state of our early years care, education and intervention in this country as a paediatric SLP working with a population who are repeatedly suspended, asked to leave schools or being frequently sent home early. Also, my work heavily involves children with literacy-Reading issues.

In light of the SIGNIFICANT increase in recent years of boys presenting into my paediatric clinic and the heavy push for PLAY occurring, I feel it important to share this opinion.

But what I observe in my clinic, and at my visits to centres, quite frankly shocks me. As a paediatric therapist, but more so, as a mum of three boys.

It deeply saddens me. Especially the effect on our young boys. Our developmentally vulnerable boys are so at risk due to the developmental conditions with which they were born. And don’t even get me started on children who are in Foster Care. Our most vulnerable population.

And to be honest, it is leaving me, and some of my colleagues, asking some serious questions about the state of our early years care in this country. In particular, this HUGE focus on child-led play.

At a recent child care visit, I made one afternoon, I observed a large group of boys aged 3- 5 years for the better part of an afternoon playing outside. It’s a regular routine in this centre, where they literally PLAY all day.

They were all busy, fairly energetic, typical, poorly regulated types of boys attempting to get up a tree. I would call them developmentally vulnerable boys.

They had boxes, wooden crates, beams, blocks – you name it – and displayed great problem solving, organisation and planning and excellent decision making. Examples of great outcomes of PLAY.

But I also made an unnerving observation. During the entire period of my observation, not one adult talked to, engaged with, questioned or even had a basic conversation with these boys.

Not one word. Not one engagement of a back and forth, serve and return type that builds little brains but in particular, critical language processing and attention, crucial for later developing literacy skills.

Because you see, these busy boys were totally engrossed in PLAY. So they were left alone to it.

This brings me to another child I worked with – a child on the Autistic Spectrum – who, despite my recommendation, did an additional year in his Kindy setting. He had huge Theory of Mind issues, and he really needed a centre with lots of services and return, engagement and less child-led play.

This child needed to be taken ‘out of his world’. Not left to his own devices, engrossed in it for 30 hours a week.

So, by the following year, he was no better prepared for school than he was the previous year. He just spent the whole second year of Kindy immersed in PLAY; which meant he “wandered around with his Dinosaur”, “playing with the Lego” all day, as his Teacher reported.

Self-directed and child-led, but it had a profound and detrimental effect on the brain development of this child with Autism.

By the time he attended school at well over 6 years of age (as a big boy), his meltdowns were enormous, aggressive and very concerning. I believe this was because he couldn’t walk around all day with a dinosaur and build blocks anymore – his preferred activities.

His parents were getting phone calls on Day Two. By Week Two he was suspended. And by Week Three, the Paediatrician who had refused to give this child a diagnosis “because he was too young” had changed his tune and quickly diagnosed the child, after speaking to me and the Principal (don’t even get me started on our battles for diagnosis with Paediatricians for kids on the Autistic Spectrum).

Yet another little one, with a Global Developmental Delay affecting language, attention, motor skills and later literacy skills, was left to their own devices to play all day. The impact of this neglect, as I called it, was devastating during this critical period of his brain development.

One year later, in a different centre, this child thrived and was singing songs, telling stories and doing simple familiar sequences.

Not “tinkering around in the mud all day with a bucket” as his Mum (a Doctor) said to me.

And it was a shift AWAY from PLAY.

So here are my 3 biggest problems with PLAY, as a paediatric SLP working every day in a clinic with kids who play is not the answer for:

Children in child-directed PLAY centres are just NOT getting enough of that serve & return Talk Talk Talk during that critical period of their development.

So as a result, they’re going to school now with under-developed Oral and Receptive language skills because their brains aren’t being built up during those early years. Because there’s too much PLAY and not enough engagement.

And don’t even get me started on the impact of this on their literacy skills, as they have to store, and process language load when it comes to reading chapter level texts!

Repeatedly, parents in my clinic saying there is not enough “engagement” or “stimulation” in the early years setting and “he stops talking after a few days there, then starts talking when he comes home for a few days again”.

Teachers tell me “it’s like this child has never had a book read to them before” and “they can’t even sit to listen for a story”. “They’ve obviously just PLAYED”.

For a child with a Global Developmental Delay, ADHD or Autistic Spectrum, this is cause for a BIG meltdown as they become simply ‘overwhelmed’ with the language load and back and forth discourse of the school setting. They are just not used to a formal learning environment!

At-risk children in child-directed PLAY centres aren’t asked to JOIN activities that are thoughtfully planned and led by an educator. Storytime or song and dance activities, science explorations like making a Volcano or immersion in dramatic literature like going on a Bear Hunt.

As a result, many children are spending their whole early years, immersed in self-directed PLAY on topics/games/activities of their choice and then…. BAM! they are expected to sit and listen to stories, sing and engage in games, stop playing what they want and join a non-preferred or group activity.

All young children can struggle to follow instructions and do as others ask them to instead of making their own choices, all of the time. But for a child on an ADHD or Autistic Spectrum, this is cause for an immediate BIG meltdown and hence the increase in suspensions and school expulsions in these young children.  These children have neurological personality traits including defiance, opposition and impulse control so this is like a red rag to a bull scenario for them to be told by an adult what to do, all of the time.

Children in child-directed PLAY centres struggle with Executive Functions including self-regulation, impulse control, and attention as they are just immersed in their own fascinations all day long.

They are not challenged, extended, nor asked to sit and to sustain their own focus and attention to anything not of their choice, and for a reasonable period of time, and this causes significant issues when they enter school.

One of the most frequent reports I hear from Teachers is “they can’t even sit and listen to a story”, “what have they been doing in their early years centre”, “they are poorly regulated”.

It is my professional experience and opinion, that a heavy focus of PLAY and especially that of a child-directed type, and not enough of the serve and return type of play, is to blame.

And it has to stop. Because our kids deserve better. And our vulnerable children deserve much, much better!

I talk often about how these children need more talk, more storybook reading routines, more songs and dancing, more PLAY that builds the brain at a higher level because it helps our little ones learn, how to learn; play-doh, beading, puzzles, craft, painting, cooking, putting dolly to bed and feeding her, building the volcano and then it explodes and the dinosaurs jump out.

The type of back and forth PLAY that is crucial for building connectivity in that frontal lobe in particular, building engagement, attention, regulation and let’s face it – basic connection with a human being – particularly for our BOYS during that critical developmental period.

One centre Director’s recent response shocked me when I questioned her about the lack of engagement between educators and children. And the reasoning behind a heavy PLAY-based setting.

“Oh no we don’t read with the kids here.

We’ve only got five children in the whole Kindy class who’d actually sit and listen to a book anyway. All the research says PLAY is the best thing for kids during the early years so we let them spend all day outdoors”.

Sorry. I was still stuck on the part about “We don’t read with the kids here”.

Seriously? Reading a book with a child! The simplest of tasks in the early years. The essence of language, of attention, and back and forth engagement with a human during the early years, such a simple, basic everyday activity.

I got the impression it’s clearly in the too-hard basket.

And very sadly, this is not the only centre where I’ve heard this, observed a similar scenario or had a parent in my clinic report their concerns on the lack of stimulation received by their young child in these settings.

My response is a reflection on how child care has become in effect, a “big business” here in Australia. The system has placed the majority of Australian parents in a situation where they can’t afford to stay at home with their children but are left with no choice but to place their children in these environments for longer and longer days. But at what cost?

Our children, and in particular our developmentally vulnerable boys, are more dysregulated, more academically behind, more socially disconnected, more inattentive and are struggling MORE than ever before.

The rise in Mental Health disorders in young children – particularly our boys – has occurred with the significant social shift over the last decade.

I have seen this evolve before my very eyes as a Mum of three boys. And it is so concerning.

We have a real issue with PLAY in this country.

We have a real issue with PLAY when it’s lorded as ‘best practice’ by people that don’t understand the basics of brain development for our most vulnerable children.

We have a real issue with PLAY when it’s completely unstructured, free for all, all day and every day to the detriment of our kid’s basic brain development.

PLAY is an easy way out. Especially when it’s “big business”.

Because let’s face it. It’s easy to let kids roam and run from room to room, run around a yard or play in water and tinker in the sandpit all day and get wet and dirty.

Quite frankly, our kids are missing out and are then expected to enter the classroom where the teacher discovers the child is so far behind, so under-prepared for basic tasks that let’s face it, Kindy kids were doing a decade ago.

Children have an epigenetic, biological and neurological need to be talked to, to be read to and to be played with during that critical period.

And our children deserve much, much better.

Too much PLAY – not enough Talk Talk Talk. 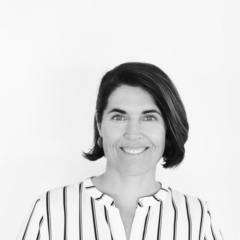